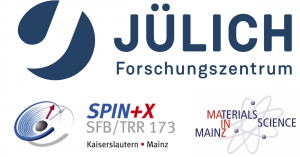 We study the spin-orbit torques (SOTs) in Co/Cu/Co magnetic trilayers based on first-principles density-functional theory calculations in the case where the applied electric field lies in-plane, i.e., parallel to the interfaces. We assume that the bottom Co layer has a fixed in-plane magnetization, while the top Co layer can be switched. We find that the SOT on the top ferromagnet can be controlled by the bottom ferromagnet because of the nonlocal character of the SOT in this system. As a consequence the SOT is anisotropic, i.e., its magnitude varies with the direction of the applied electric field. We show that the Dzyaloshinskii-Moriya interaction (DMI) in the top layer is anisotropic as well, i.e., the spin-spiral wavelength of spin spirals in the top layer depends on their in-plane propagation direction. This effect suggests that DMI can be tuned easily in magnetic trilayers via the magnetization direction of the bottom layer. In order to understand the influence of the bottom ferromagnet on the SOTs and the DMI of the top ferromagnet, we study these effects in Co/Cu magnetic bilayers for comparison. We find the SOTs and the DMI to be surprisingly large despite the small spin-orbit interaction of Cu. 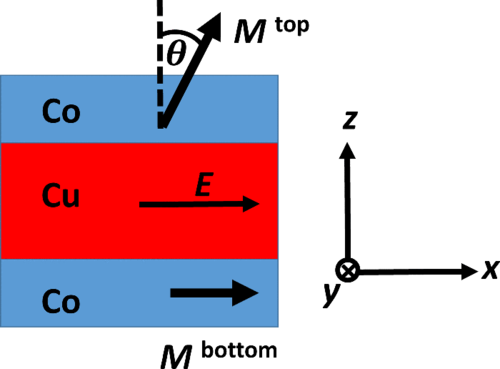